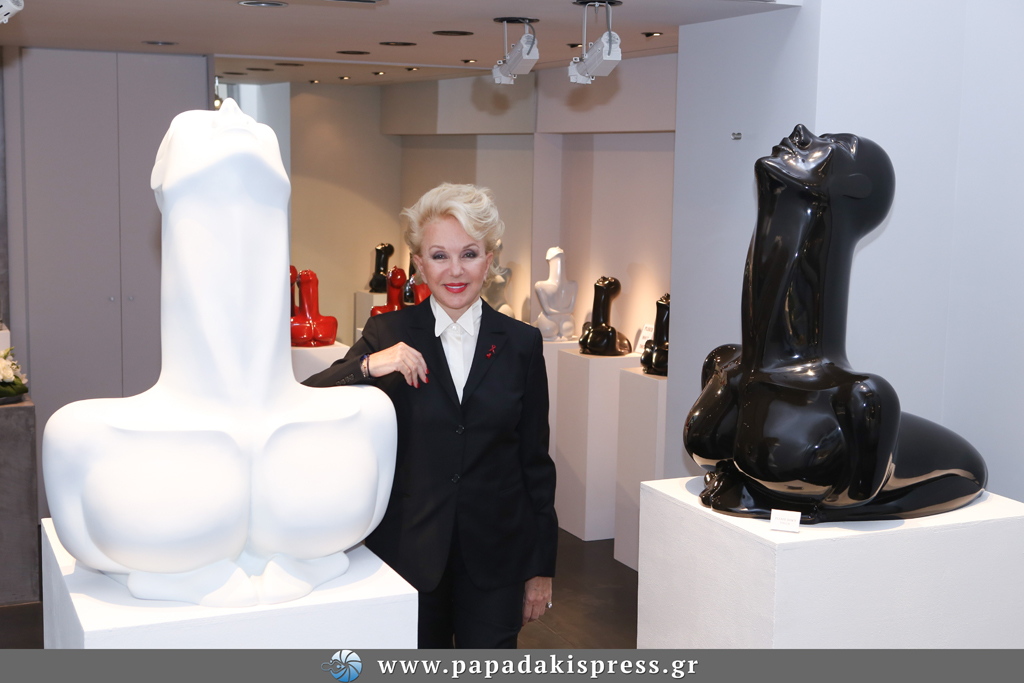 The opening of the new exhibition gallery DELLA ROUNICK for sculptures of Della Rounick at LEVENTI 1 in Kolonaki took place with great success. Many old and new friends of the visual arts field and more attended the event, and remained in the gallery for a long time. The art critic Mary Michaelides, who has worked for many years in the Ministries of Culture and the President’s Office, as well as a manager at the National Gallery of Greece, referring to her close friend Della Rounick, whom she has known since her student years stated:

“Sculpting is such a great and fulfilling job, my dear Mary! It makes all the senses bloom”.

“It was a long time ago, in a beautiful city of France, Toulouse, that within a Greek student group, a restless young woman was seeking in anguish to achieve distant and elusive goals.

Yet this persistent daughter of Macedonia, succeeded, through many inconveniences and ups and downs in calm and troubled days, to acquire a rather rich load of experiences which formed her cosmopolitan personality that led her into the path of the magical area of visual arts.

In this seductive world she joined, she found out with patience and perseverance, that it had a unique symbolic language which constantly shapes its own plastic echo and outlines the basic aesthetic rules: form, shape, balance, style and their multiple alternations.

It is these original rules of sculpting, along with her own aesthetic codes, that Della Rounick succeeded to integrate into her works, while attesting her own artistic proposals that reshape matter into her personal fantasy landscape.

Besides, the clear influence of the cultures she has experienced and the distinct Aegean landscape she lives in, defined the forms and shapes of her sculptures that refer to multiple visual analogies and interpretations of her individual semiology and her genuine artistic sensibility. ”